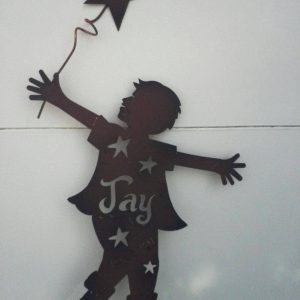 In life there is pain. There are experiences that leave a footprint on our soul and we are never the same. For me, this is pregnancy loss. With each loss comes new understanding of myself and the Lord’s plan for my life. When I was twenty three I found out my husband and I were expecting for the first time. The excitement that surrounded this news was palpable. My mom bought me maternity clothes and baby clothes within the first week of the announcement. Two weeks later, that baby left my womb leaving an emptiness that I had never felt before. So many thoughts ran through my mind. What did I do? Was it a punishment for some bad choices I had made earlier in my life? Did I eat the wrong foods, or exercise too much? Maybe it was because I had had a couple glasses of wine before I found out I was expecting? Looking for answers, I went the medical route and seeing the opinion of my doctor as to why this happened to me. How could l prevent it from happening in the future? Of course he could give me no real reason as to why it happened and told me that it happens a lot. I was not a special case, however, it didn’t feel that way. This was my baby and I felt a terrible loss. It didn’t matter if it happened to everyone, why did it happen to me? With fear and trepidation I went on to conceive my first son a few months later without any problems.

Fast forward seven years. Joe and I had been trying to conceive for three years with no luck. I once again turned to my doctor to have a checkup to make sure everything was working properly. I was taking all the vitamins and supplements I could find that were supposed to promote pregnancy. I researched endlessly about what to do to increase the odds . All I was left with was frustration. I was praying desperately for a child. The relentless trying and let down every month was taking a toll on me and my marriage. It had become more of a job trying to get pregnant than the love between my husband and i. I was depressed and ready to give up trying when I finally got a positive test. I was elated. The baby was even due on my birthday. It was what I had been waiting for. This excitement lasted only four days. I went to the bathroom one afternoon and saw blood on the toilet paper and I knew I had suffered another miscarriage. I instantly began to cry. In spite of the pain and heaviness in my heart, this time felt different. I had hope. I got down on my knees and for the first time in a long time I leaned into the Lord. I praised Him and thanked him for showing me that I could conceive. It was then that I realized this wasn’t in my control or the doctors. I honestly felt that God knew I was as the end of my rope and chose to show me that yes it can and will happen, but not yet. It is not on your timing, it is on mine. True to His word I did conceive and go on to have another beautiful, healthy boy.

I have always believed that big faith causes big things to happen. At this point in my life my faith had been tested, but nothing like what I was about to experience. I found out I was expecting when my second son was 9 months old. This was a shock as it was not planned. We weren’t even trying. It had never been this easy before. I can’t say I wasn’t scared. How would I handle two babie so close in age? At ten weeks gestation I went in for an ultrasound and measurements. The baby wasn’t in a position to get an accurate measurement, so they reschedule me for 3 weeks later. After seeing the baby on ultrasound, the reality set in. I was having another baby and I was in love instantly with that little human. He even waved at us during the ultrasound. Suddenly all fear of having two littles was out the window. As most mothers know getting through that first trimester is the scariest. Once you reach that 12 week mark, it is a relief, you think you are in the clear. This one is sticking. I went back at 13 weeks excited to see my baby again. While Joe and I smiled and cooed over the baby we weren’t aware there was anything wrong with him. He looked perfect. After the ultrasound the tech said that she would show them to the doctor and be right back with us. When she returned and said that the doctor wanted to see us in her office, my heart seemed to stop. I’d never had this happen before. Sitting across from the doctor she showed us our babies ultrasound pictures on her computer. He had some visible issues with his brain. It didn’t seem to be splitting into two hemispheres as it should. She immediately referred me to a specialist. Leaving that office was by far the toughest walk I’ve ever had.. I had kept it together all through the doctor’s talk and walking out of the waiting room. I walked passed all of the other pregnant women waiting for their appointments with a strong face. As soon as we got out of the office my husband and I broke down in each other’s arms. I melted into his arms as I could barely stand. I remember another pregnant mama walking by us and looking the other way. I wanted to hate her. I went home with nothing, but fear. After extensive testing it was determined that the baby had lack of brain development and a genetic condition called trisomy 13. The test was not easy. They had to remove a sample of my placenta, all guided by ultrasound. I watched this little human kicking and moving about as they put a needle into me to get to the placenta. The physical pain was nothing compared to the emotional. There were two days between the testing and getting the results. I waited those two days in a stupor. How could there be anything wrong with this baby. I had just seen him. I had to call into work because I was so distraught. I was absolutely useless and helpless. I didn’t know what to do with myself. The only thing that felt right was to sit outside in the rain and cry. Being outside in the rain seemed to relieve some of the trapped feelings I was having. On the Wednesday before I got the results back once again crying in the cold October rain a blue jay landed on the railing of my deck and locked eyes with me. I immediately stopped crying. There was a peace that this bird brought me. “Hannah” it seemed to say to me. I know it sounds crazy, I had never had an experience with a bird like this nor have I since. As he stares at me my mind shifts to the Bible and I run inside to read Hannah’s story. it altered my entire thought process. 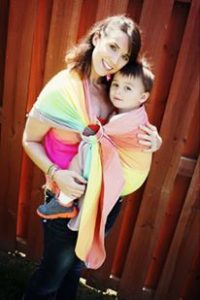 Hannah had wanted a child so badly. She would go to the altar and pray and plead for a child relentlessly. She was even mistaken for being drunk because of her desperate and endless praying. The desperation and longing for motherhood was something I related to. She had tried to no avail as it would seem her womb was closed. When the time was right the Lord answered her prayer with pregnancy. She was finally going to be a mother. Finally her prayers were answered. She loved that baby with all her heart and soul. When the child was weaned and old enough to be away from her, she did something very selfless and courageous. She sent her son away to live amongst the teachers of the Lord. She dedicated him to the Lord and gave him back to Him for his service. Can you imagine the gut wrenching pain that would be to willingly give your child away after longing for him for so long? Hannah did. She understood that the Lord loved that child more than she did. He gave her the opportunity to be a mother, but the child was His. It was the only way she could possibly thank the Lord for making her a mother.

After reading this it hit me that this baby is not mine, it is the Lord’s. I was blessed to carry him in my womb until God was ready to take him home.  He did the following Monday. We were able to find out the gender from the testing and it was another boy I had to undergo surgery to have his remains removed so he could be cremate. That day was the hardest of all days. Up until this point he was safe with me. My bones were his bed frame and my flesh his pillow. I knew where he was and that he was loved. I could feel him and talk to him. Now, he was gone. There was a new emptiness. There was a pit really. The nurse was so kind to me and was crying as she pushed me in the wheelchair to our car. As if it wasn’t hard enough. There was a light though. We named him Baby Jay after the blue jay. The peace I received from scripture was something that I wish for everyone. That day it was determined that my faith was unshakeable. The Lord had given me such peace that I was comforting everyone else. I comforted the nurse, my husband, parents, etc. Someone had to be strong and the Lord had given the strength to me. The most unlikely person. Like Hannah, I chose to willingly give my son to the Lord and accept that it was His will. Jay was never really mine. He was a blessing bestowed on me. The Lord had me and my baby. I still see that blue jay every October. It is such a comfort to me. He will come and sit on the deck and peer in the window at me. It always brings such a smile to my face. He’s checking in, “Hey Mom, I’m okay.”  I know I would have been a good mom to Jay, but the Lord knows better. We need to lean into Him and trust Him no matter how hard it may be. 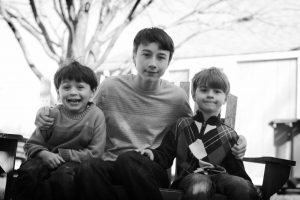 Three months later I conceived my third son Ephraim. I was scared to death, but God had me in his palm the entire 40 weeks. Nothing can fill the void of losing a child or pregnancy. The pain is very intense and different for everyone. Lean on the Lord in times of your trials and He will comfort you. Trust His will. Remember that His timing is different than ours. Be patient and obedient and you will be rewarded. It may not happen exactly as you imagine, but it will happen as He has it planned and trust me, it will be perfect. Every day, I look at Ephraim it is affirming that God sees the whole picture, we only see a glimpse. It is in these times that we are called to renew our faith. It’s easy to have faith and walk the walk when things are going good. Sometimes we need the reminder that we need Him all the time. These hard times polish and strengthen us. They bring us closer to the person He is molding us to be. It can be hard, but please Keep your faith sisters of God!!!